The heat and the drought have devastated the rain-fed olive groves, whose production this year has already been reduced by half

Rainfed olive groves are very affected and will have to recover, taking into account the humidity of the soil. / FILE, ARCHIVE

Olive oil and olive producers are anxiously awaiting the rain this fall in the south of Spain to ensure not so much this campaign, which will be minimal due to the drought, but rather that of next year, for which the recovery of the olive trees will be essential .

According to the latest official estimates, the production of the 2022/2023 campaign will be reduced to 780,000 tons of olive oil throughout Spain and only in Andalusia, the main producing region, will the harvest fall by half compared to last year, with 587,000 tons.

The olive growers hope that these figures will improve slightly with the rainfall in the coming months, but they take it for granted that the campaign will be bad due to the lack of water , so they are already putting their sights on the 2023/2024 campaign.

Differences between rainfed and irrigated

“In Andalusia irrigation is stopped on these dates, there is no water available. We are waiting for the weather to change, but it is difficult to recover like this”, affirms the manager of the Asaja agrarian organization in Jaén , Luis Carlos Valero.

In rainfed crops, the trees are very affected and will have to recover, taking into account the humidity of the soil, according to Valero.

The COAG olive grove technician , Carlos Mateos, assures that the rainfed olive trees will not have production this year after being "devastated" by the heat and the drought, while the irrigated ones have been able to maintain themselves, although "the problem will be the next campaign, since if the trees are not recovered now, there will be no reserves”. According to Mateos, the producers who supply themselves from wells also have very limited water availability.

For the head of Olivar de UPA , Cristóbal Cano, this year's harvest "is lost", but the next one could also be bad if the trees do not recover this fall, after two years of intense drought and periods of exceptionally high temperatures. .

The rain-fed olive trees will not have production this year after being "devastated" by the heat and the drought, while the irrigated ones have been able to maintain themselves, although "the problem will be next season, since if they do not recover now the trees, there will be no reserves”

Given these circumstances, he maintains that "a rainfed olive grove is more accustomed to experiencing fatigue and the irrigation one, as soon as they reduce or eliminate the irrigation supply, has a much worse time."

According to the national survey on surfaces and crop yields, the olive grove is the crop with the most irrigated surface in Spain, with 875,531 hectares, 31% of its total surface.

The most widely used irrigation method is localized, which is used in 95% of the irrigated area and has been implemented in 142,370 new hectares since 2011.

The loss of olive groves is a risk, even if it is a crop as resistant as the olive tree, and changing some trees for better ones means years of waiting until yields are obtained.

Cano is committed to carrying out a "fairer and more social" distribution of irrigation water, prioritizing the traditional irrigated olive grove for its "high stability and high social and economic return", and trying to ensure that the least amount of rainwater does not escape in rainfed olive groves through soil and plant cover management.

Likewise, it asks "not to take a step back" in infrastructures that provide more resources to the Guadalquivir river basin, with a necessary allocation of 1,200 cubic meters per hectare for the olive grove.

The manager of Asaja Jaén criticizes that, in the draft of the national hydrological plan for the 2022/2027 period, the investment of 25 million euros for the construction of the Siles dam pipelines and 40 million for the the Cerrada de la Puerta dam, where only 5 million euros remain from the previous period to carry out a feasibility study.

The Government has announced that it will invest 2,150 million euros to modernize irrigation in general and has approved the creation of the National Irrigation Board at a time when the reservoirs are at 31% of their capacity

The president of the National Federation of Irrigation Communities of Spain ( Fenacore ), Andrés del Campo, stresses that the olive grove is "one of the crops that can best adapt to drought" and with water its production is ensured both in intensive farms as traditional.

In super-intensive farms, however, the development of the plants is very superficial because they do not have to look for water in the soil and, if water resources are lacking, there is a risk of losing the tree, as well as the harvest, he points out.

"You have to adjust the existing water to the moment of maximum need for the plant in normal olive groves and use new techniques such as deficit irrigation, which is applied and cut off immediately, to adapt to periods of greater drought," adds Del Campo. 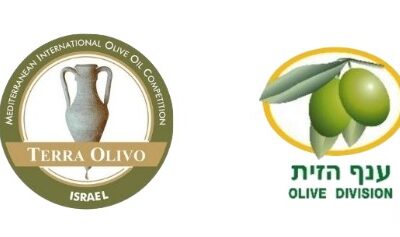